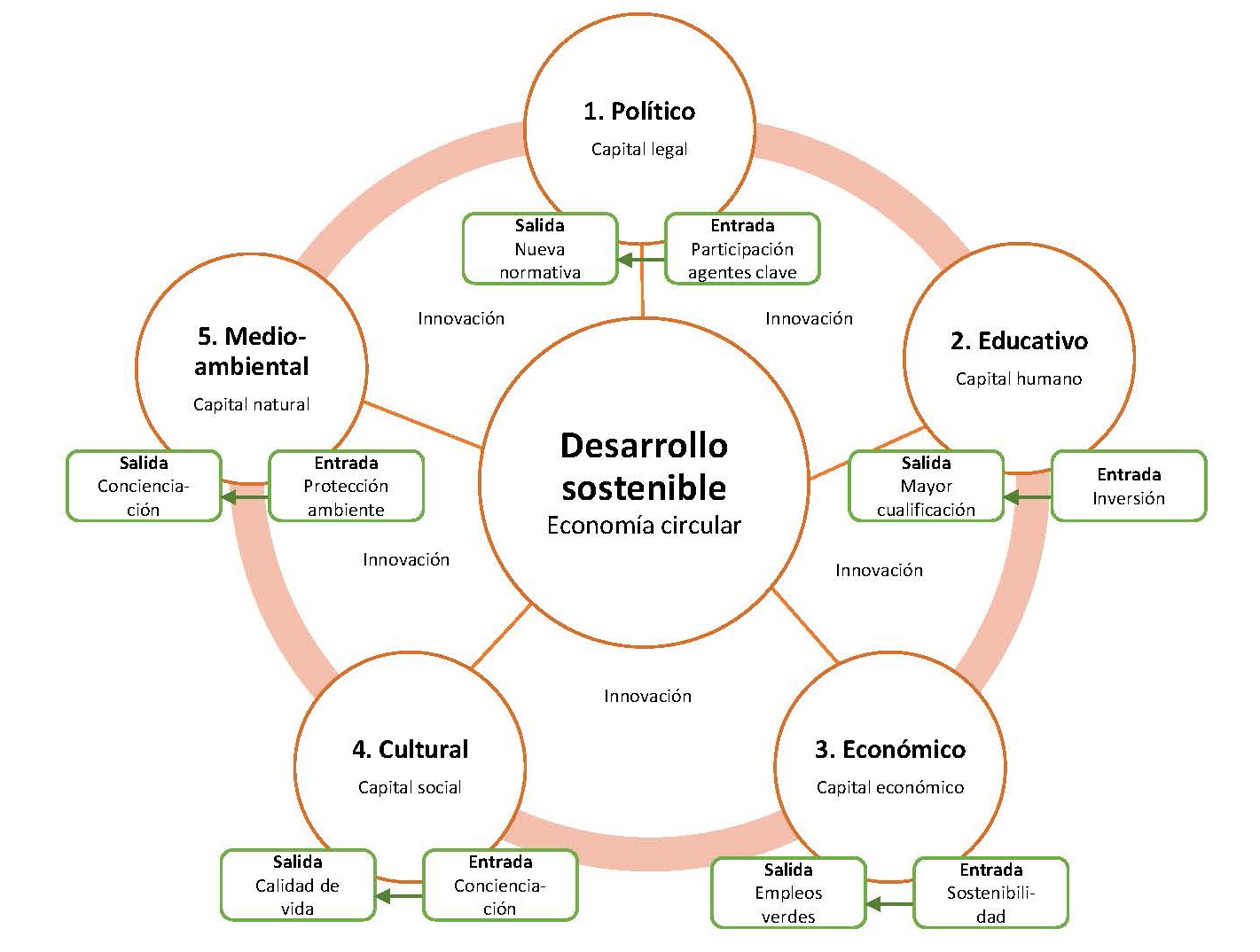 The Quintuple Helix paradigm, used in the European project Construye 2020+, involves representatives from the Political, Educational, Economic, Cultural and Environmental areas in a knowledge exchange network.

At the end of the 1990s, Henry Etzkowitz and Loet Leydesdorff created the concept of the so-called “Triple Helix”, a theoretical analysis model for economic growth through which governments, business organisations and educational institutions could work together on a common project that would create wealth for society. This paradigm was based on an earlier reference, the well-known “Triangle of Sabato”, from the late 1960s, proposed by John Kenneth Galbraith and developed as a model of scientific-technological policy by Jorge Alberto Sabato. This framework already advanced the necessary relationship between the State, the scientific-technological infrastructure and the productive sector to coordinate efforts and promote innovation in a country. Singer went one step further at the beginning of 2000, integrating the community (civil society, individual person) as a sphere in a “Quadruple Helix”. Up to the current model, of the “Quintuple Helix”, implemented by Carayannis, Thorsten and Campbell during that decade.

The European project Construye 2020+, from the Horizon 2020 programme, is implementing the Quintuple Helix model, which involves representatives from the Political, Educational, Economic, Cultural and Environmental spheres in an enriching network of knowledge exchange. Each partner that forms the partnership of this European initiative, headed by Fundación Laboral de la Construcción , organises one of the helixes, in which, with participants from different spheres, the obstacles and barriers, existing conditioning factors, measures and solutions are debated, analysed and put in common, which will allow sustainable development and the circular economy to be generated and promoted in society. Construye 2020+ aims to boost ‘green’ employment in the construction industry by promoting professional training and accreditation in Energy Efficiency (EE), Renewable Energy Systems (RES) and Near Zero Energy Buildings (nZEB).   The Political Helix, led by the Eduardo Torroja Institute of Construction Sciences (IETCC-CSIC), met last September 19, and focused on the political sphere to deal with the executive and legal issues that affect innovation and this development that is pursued. It was attended by representatives of government entities, who contributed ideas, legislative changes, political plans, etc. The State Foundation for Training in Employment (Fundae) organised the Social Helix on 15 October to address the cultural and information aspects (referring to the role of the media) that are embedded in the achievement of the Construye 2020+ objectives. The Environmental Helix was in charge of the Research Center for Energy Resources and Consumption (Circe) last October 29th, to talk about natural resources and the necessary measures to achieve a respectful sustainable development. The Economic Helix was held yesterday at the Fundación Laboral de la Construcción, in which representatives of the different productive sectors -industry, company, services, etc.- took part in order to learn more about business issues, products, technology, etc., as well as supply and demand. Today the circle of this model will be closed, with the fifth sphere, the Educational Helix, which will be coordinated by the National Institute of Qualifications (Incual), dependent on the Ministry of Education, Culture and Sport, and will analyse human capital, from the point of view of academia, universities, education and professional training systems, as well as the field of research and dissemination of knowledge.
Comments
Like